Craig Richards will play both days of the London festival.

Junction 2, which will debut its new two-day edition on June 7 and 8, 2019 at London’s Boston Manor Park, has added more names to its massive lineup. 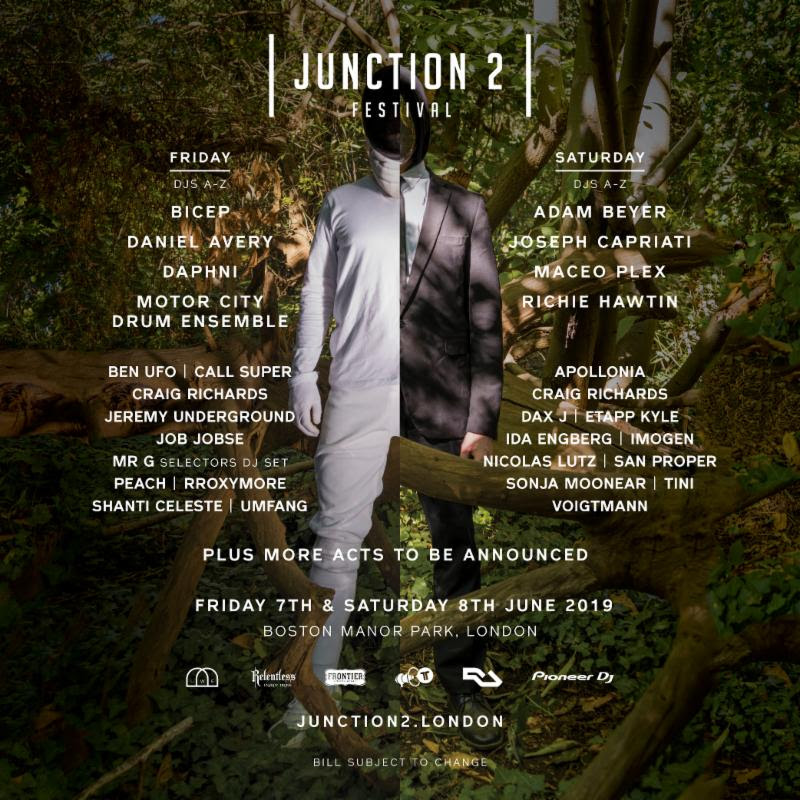 More names are still to be announced for both days. Tickets for Junction 2 and for the Junction 2 day and night launch party – featuring performances from Adam Beyer, Dixon, Amelie Lens and more – are available now